Setting up a Bank Link, Deposit, Withdrawal and Payment of bets through Bank Link (UOB) will be unavailable on Sat, 4 Feb, 5am to 7am due to scheduled maintenance. 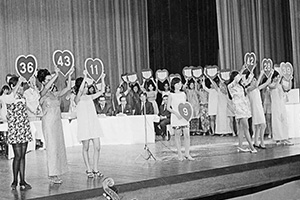 Launched in 1968, the TOTO game is the first lottery game in the history of Singapore Pools.

The name 'TOTO' is derived from a combination of 'Totalisator' and 'Lotto'.

The game has evolved over the years. The snowballing feature was introduced in 1981, allowing prize amounts to grow if there were no winners. The System Entry option was introduced later in the same year.

In October 2014, TOTO was updated to its current format. Today, six Winning Numbers and one Additional Number are drawn from 49 numbers each Monday and Thursday. The Jackpot sum begins from $1,000,000.

The odds of winning the TOTO Jackpot - one in almost 14 million.

Matched at least three of the Winning Numbers? Use this calculator to find out your exact prize amount.

Check out the largest Jackpots, their Winning Shares and where these winning tickets were sold.

Note: Statistics are provided for information purposes only. Every number has an equal chance of being drawn, regardless of where the ticket is purchased.